Your private retreat in the heart of Milan

Four private, independent suites, located on the top floor of a XIXth century building – Palazzo Carminati – with a breathtaking view on Piazza Duomo. In the heart of the city. An exclusive location, relaxing like a home but sophisticated like a charming mansion, the ideal place to embark on discovering Milan. Four thematic suites dedicated to the capital of fashion, design and the avantgarde bestow a welcome curated in every single detail by Federico Peri, undisputed protagonist on the Italian design scene. «I wanted to create a small jewel, a place able to evoke the elegance of the Milanese atmosphere, but also to express warmth through selected colours, sought after essences and sophisticated fabrics», he explains. This elegant mansion harmonizes the tradition of Italian hospitality, reserved and exclusive, with a modern luxury never displayed before. The quintessence of the city’s spirit.

An exclusive location within the historical Palazzo Carminati in Piazza Duomo

The suites are located within the historical Palazzo Carminati overlooking the Duomo.
The extraordinary beauty of the view enjoyed from the apartment windows dialogue with the Amabalia suites’ sophisticated elegance.
The Palazzo, right opposite the Duomo on the west side of the famous square, was built between 1867 and 1869 commissioned by Giacomo Cesati, a wealthy industrialist in the silverware sector. However the name Carminati derives from a great, famous restaurant which occupied two floors of the commercial space facing onto the Duomo square. The building connects two of Milan’s most important squares, piazza Duomo and piazza Mercanti, and it has an irregular design. Moreover, it is divided into two parts by the gallery which crosses it, corresponding precisely with the Duomo’s axis.
The facade’s elegant architectural lines are enhanced vertically by the high pilaster strips, with windows surmounted by triangular gables brought back to their ancient splendour thanks to important restoration work.
Up until a few years ago the Palazzo was indeed covered by neon advertising panels, the offspring of a fashion which began to be diffused in the 1920s and which over time lead to the current state of squares such as Times Square in New York or Piccadilly Circus in London.
A similar path intensified in post-war industrial Milan, which looked towards the future proud of its consumption, its advertising hoardings and its neon signs, often immortalised in films and cited in poems.
Today the value of time is measured according to different parameters, and it is the sign of a new contemporary sense that the works began and have been finalised – in the external part – with philological exactness. 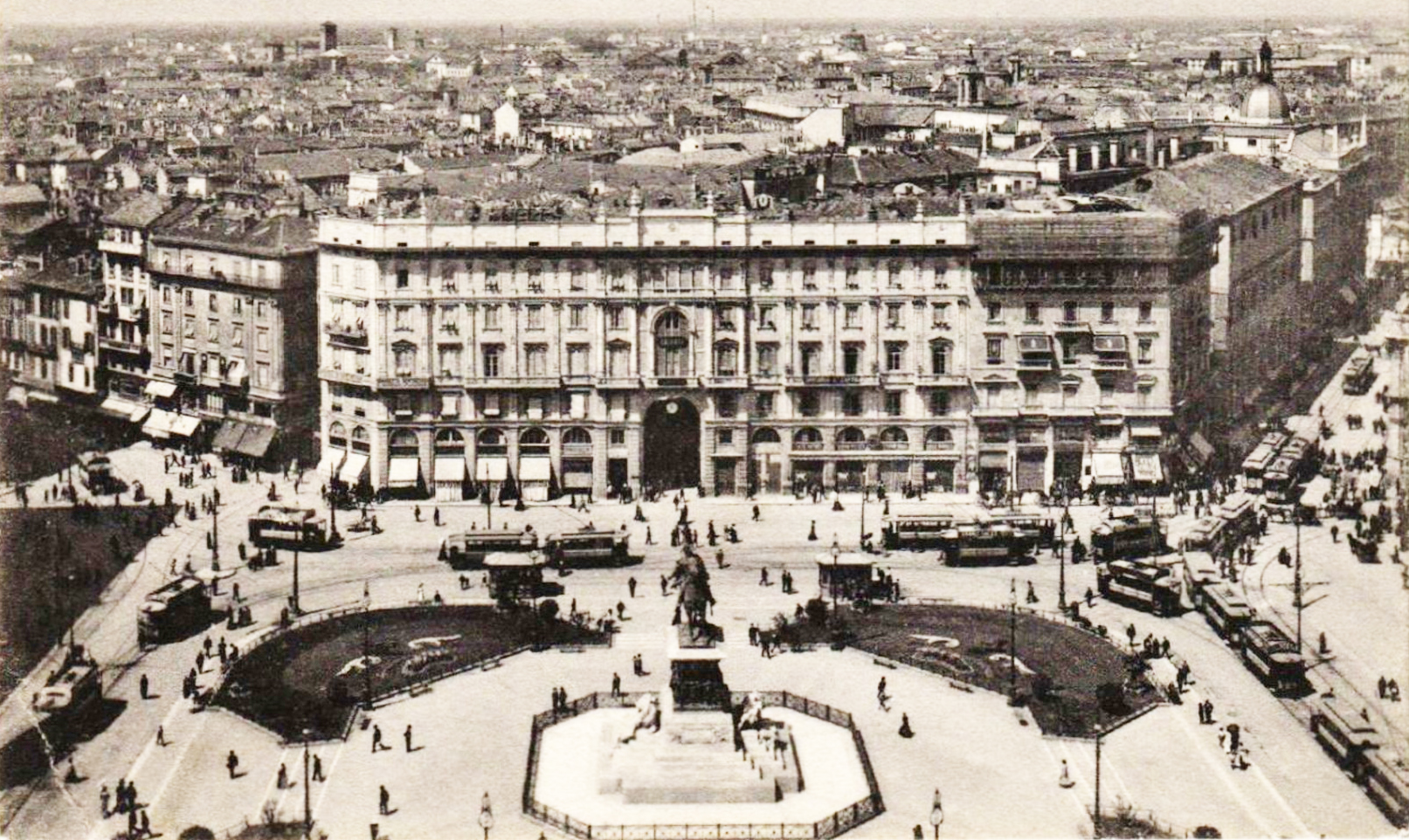 This site uses cookies, including from third parties, to send you advertising in line with your preferences and to obtain statistics on the use of the Site.
If you want to know more Click hereOK, I agree
More Option
Manage consent

This site uses cookies to improve your experience while browsing the site. Of these, the cookies classified as necessary are stored in your browser as they are essential for the functioning of the basic functionality of the website. We also use third party cookies that help us analyze and understand how you use this website. These cookies will be stored in your browser only with your consent. You also have the option to disable these cookies. However, disabling some of these cookies may affect your browsing experience.
Necessary Always Enabled
Necessary cookies are essential for the website to function properly. This category only includes cookies that guarantee the basic functionality and security features of the website. These cookies do not store any personal information.
Not necessary
Some cookies installed on this site may not be necessary for the site to function properly, they are used to collect user personal data through analytics, advertisements, other embedded contents and are defined as non-necessary cookies. It is mandatory to obtain the consent of the user before running these cookies on the website.
SAVE & ACCEPT